Project teams and their stakeholders have a lot invested in the work they do. Projects may change how an end user accomplishes certain tasks or even where groups of employees do their work. The passion and enthusiasm that comes along with such high stakes can sometimes lead to arguments. If a disagreement threatens to railroad the team’s progress, see if you’ve fallen into one of these common argument pitfalls. 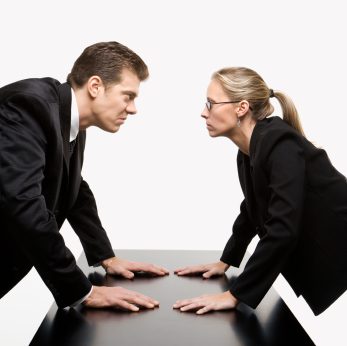 1 – Staying in the online world too long. Minor disagreements can be successfully resolved through platforms such as e-mail and instant messenger, but as soon as you detect things are becoming heated or there are likely to be miscommunications, make it a priority to schedule a real-time discussion. It doesn’t need to be face-to-face—a quick phone call can work wonders.

2 – Ignoring data. Project decisions are supported by data, but arguments usually feed off emotion. If you feel that either side is allowing their anger or frustration to take over, look for data that may help bring the discussion back to a more neutral (and productive) tone.

3 – Not notifying fellow team members. From annoyed end users to frustrated vendors, people have long been willing to do an end run around anyone who doesn’t agree with their viewpoint. Before an argument sucks in additional participants, give your fellow team members a heads up. Simply letting them know about the issue and who’s involved is usually enough to keep everyone on the same page, while also preventing other PMP®s from being blindsided by an already-upset stakeholder.

4 – Delegating the argument. Even if the stakeholder should have lodged their original complaint with someone else on the project team, it’s usually best to maintain your involvement in the disagreement until the issue is resolved. Delegating an argument will likely irk the stakeholder and could further exacerbate existing problems. You’ll also be handing a known problem to one of your team members, which probably won’t help relations within the Project Team.

5 – Being unwilling to see a different point of view. When both sides are able to acknowledge and understand the other’s point of view, it gives everyone the ability to consider solutions that might not have been obvious before. It’s also difficult to argue with someone who empathizes with your viewpoint, so take a breather and try to see why you and the stakeholder have such different opinions. This sets the stage to bring everyone back to a mindset focused on solutions rather than problems.

6 – Not asking for clarification. One of the biggest mistakes PMP®s can make is to assume why a stakeholder holds the point of view they do. Before a disagreement devolves into anger, distrust, exasperation, or sheer orneriness—none of which are productive actions—simply ask the stakeholder to explain their position. Once you’re certain you understand their perspective, you can than try to find a path forward that satisfies everyone’s needs. You may still find there are disagreements over specific points, but at least everyone can address the dispute with accurate information in hand.

7 – Rehashing old arguments. Some Project Teams have a stakeholder here or there who’s known for arguing. They’re legendary for digging in their heels when decisions don’t go their way or they’ve developed a reputation for stirring up trouble just because they enjoy it. Even if your argument is with this type of person, it’s counterproductive to bring up previous disagreements unless they’re truly relevant to the current issue. This may be a situation where a PMP® has to bite their tongue, but moving forward won’t happen if both parties continue to focus on the past.