Project Management: Getting to One Version of the Truth

One common problem organizations encounter is the existence of multiple concurrent plans for a single project. Between the various cross-functional groups, from accounting to engineering to HR, you may discover there are too many schedules in use. With all these timetables floating around, how can you trust any of the resulting progress estimates? The true status of each activity soon becomes a big question mark. Sound familiar? It’s the “many truths” problem and it could doom your project to failure.

Is your organization launching a new facility? Whether it represents an expansion of existing operations, a relocation from a previous site, or an entirely new function for the company, there are a number of risks around material procurement that must be identified and properly addressed before your facility startup project can deliver the expected results. Information is one of the core pillars underpinning every successful project. With the evolution of technology and more compute power available than ever before, there’s little reason centers of excellence should continue to rely on data that may be days or even weeks old when it comes to identifying potential issues, forecasting activity schedules, making strategic decisions, and pouncing on opportunities in the marketplace. You’ve probably noticed that setting start dates for projects—and sticking to them—is often a challenge. Smaller initiatives may not be as difficult, but bring a large, complex, or high-visibility project to the table and suddenly the prospect of a start date can become downright terrifying for stakeholders. Everyone typically wants the project done and most people are eager to participate in the planning phase, but try nailing down a date when the actual work will start and watch the avoidance behavior begin. Complex projects often have more than one critical path, and in order for the project to reach a successful completion, each of these paths must be carefully managed. Even if the primary path is achieved, a lack of progress on any of the follow-on paths could doom the project to failure in the long run.

Teams that execute these challenging projects need to be mindful of what it takes to manage multiple layers of requirements and actions. A strong awareness of all the paths that make up a project is critical if the Project Team wants to ensure that nothing falls behind schedule or drops off the radar.

If your center of excellence is facing a can’t-fail project with multiple paths, it’s important to understand the risks that exists and where opportunities for success can be found.

The risks behind multiple critical paths

One risk often encountered when executing projects with more than one critical path is the potential for tasks outside the primary path to be neglected. It’s easy for the project team and executives to be so focused on the primary critical path that other important issues outside of that narrow scope go unnoticed. Without a course correction, this fixation can cause the additional paths to become critical as well. Milestones might be missed or, as schedule adjustments are made to reflect the project’s progress against the target completion date, activities outside the primary critical path may not be properly re-sequenced.

If activities in one path begin to slip, it will eventually trigger problems for the team and could cause considerable grief to the project. The organization may need to spend more time or money to get progress back on track than was originally estimated. Not only could the project’s completion date be in jeopardy as a result, but the Project Team may also go over budget trying to set things right.

The other common risk arises when any of the secondary or tertiary paths overtakes the primary critical path in importance. Occurring most often as a result of failing to adequately attend to follow-on paths, one of these lower-priority paths could suddenly become the most important path when the team realizes they’re dangerously behind schedule or not prepared to execute activities as needed. The primary critical path is then at risk of also falling behind.

Driving these complex efforts to a successful completion requires a cohesive methodology that delivers the necessary insight, while also providing the tools to act quickly and effectively.

Robust project controls are a vital component when managing multiple critical paths. The right project management methodology will enable the team to identify problem areas early. With insight into the project’s progress and a knowledge of potential challenges lurking on the horizon, the Project Team will be able to maintain sufficient awareness of not only the primary critical path, but also all everything that follows behind it.

Communication is another key to sustaining the right level of connection across all of the important paths that are part of the project. Information sharing should be a focus as the Project Team works to balance the needs of the critical path alongside those of the secondary and tertiary paths. Data must flow from the project team up to the executives to ensure everyone is aware of progress and issues. It will also need to be channeled from the leadership group down to the center of excellence. This may be in the form of strategic direction that influences project decisions or activity scheduling, or input to help resolve problems so the project can move forward. What Can Dynamic Scheduling Do for Your Project Team?| PMAlliance Project Management Blog

Project teams are increasingly aware of the value of using a dynamic schedule to sequence and oversee activities. With the ability to effectively address any schedule impacts by reflowing or compressing tasks to maintain alignment with the target completion date, the center of excellence gains tangible benefits that can help keep difficult or complex projects on track. Teams tasked with executing manufacturing projects have a lot on their plates. To get things underway as soon as possible, it can be tempting to skip over the development of a work breakdown structure and go right to carrying out tasks. But any perceived time savings gained by avoiding this step will quickly come back to haunt PMs, often in the form of delays, critical activity conflicts, and tasks left uncompleted. 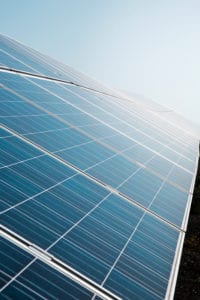 Information is one of the core pillars underpinning every successful project. With the evolution of technology and more compute power available than ever before, there’s little reason centers of excellence should continue to rely on data that may be days or even weeks old when it comes to identifying potential issues, forecasting activity schedules, making strategic decisions, and pouncing on opportunities in the marketplace.

A robust project management methodology enables the team to access the kind of real-time status updates that are critical to success. If your Project Team hasn’t yet prioritized the use of real-time data, consider how it could improve the landscape for team members, executives, and the other stakeholders involved in the effort. How to Handle Project Stress and Panic

Several strategies can be deployed to help Project Teams avoid lapsing into panic when the pressure mounts, whether it’s because of an emergent problem or because there simply seems to be too much to do. Knowing where to draw the line is key when balancing stress levels.

IS YOUR Project Team TOP HEAVY?

A common problem in project offices is a lack of experienced senior-level staff, but Project Teams can sometimes find themselves heavy on leadership but short

Is Your ERP Project Done? Do These 3 Things Before Closing the Book.

Balance Your Project Portfolio Between Current Needs and Future Goals